Wisconsin Public Service (WPS) is delivering affordable, reliable and clean energy to its customers through a pair of historic renewable energy facilities. The company is co-owner of the first phase of the Badger Hollow Solar Park and Two Creeks Solar Park, which are Wisconsin’s first large-scale solar facilities. 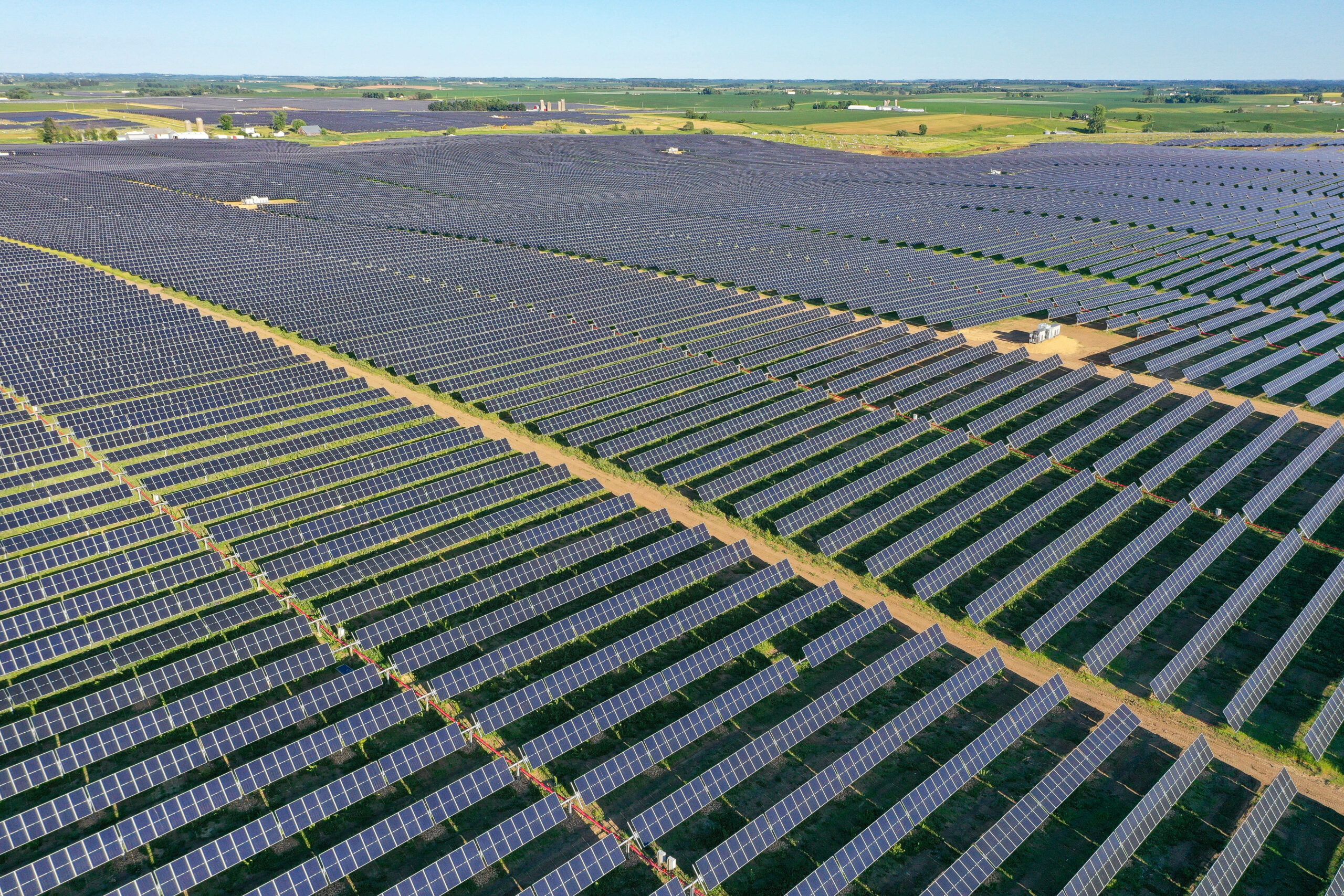 The completion of the first phase of Badger Hollow Solar Park doubled the amount of solar energy being delivered to WPS customers. Phase one of the facility came online in December 2021, and is capable of producing 150 MW of solar generation, which is equal to powering 45,000 homes. It features nearly 500,000 state-of-the-art panels that capture solar energy on both sides, as well as a tracking system that rotates the panels to follow the path of the sun.

WPS and Madison Gas and Electric (MGE) jointly own the Two Creeks Solar Park and the first phase of the Badger Hollow Solar Park. The energy produced at the sites serves customers of both companies, with WPS owning 200 MW and MGE 100 MW of the capacity.

Both Two Creeks Solar Park and Badger Hollow I Solar Park are important components of WPS and its parent company WEC Energy Group’s focus on reducing carbon emissions. WEC Energy Group’s goal is to reduce carbon emissions 80% by the end of 2030 and to make its electric generation fleet net carbon neutral by 2050. The company also has announced plans to transition away from coal as a fuel source by 2035.